Sound - Installation. Exhibited at "Back to Athens 2021" International Art Festival. Work in progress-extracts. 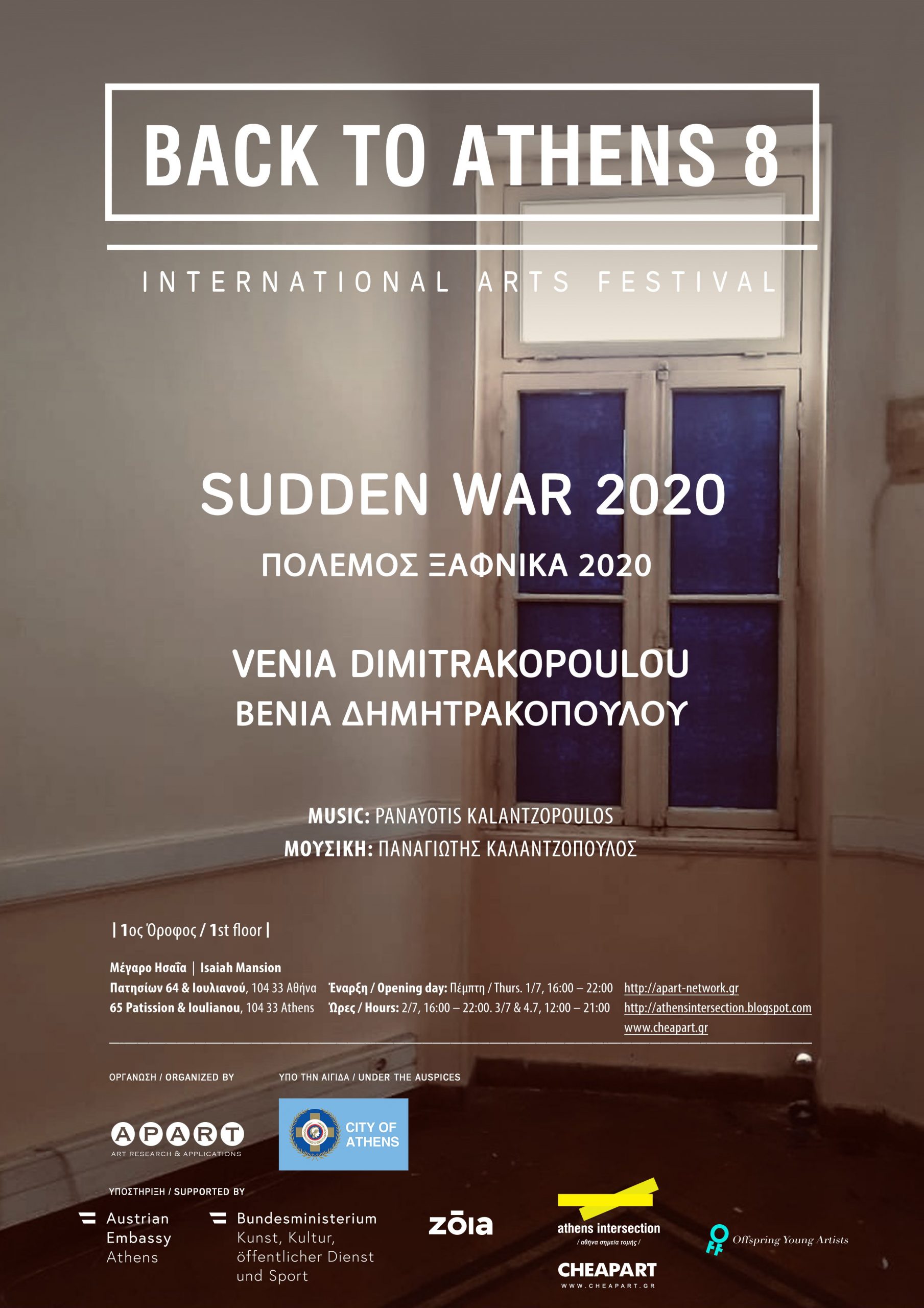 SUDDEN WAR
During the first lockdown I wanted to do something with everything
that emerged unexpectedly and often violently in an unprecedented intensity.
The need to resist compulsory confinement, together with the need for
communication, gave me the impulse. I worked with all I had at hand.
With a piece of paper, a pencil, a mobile phone to record
what I was writing. I asked my friend and composer Panagiotis Kalantzopoulos
to try something. I sent him a recording of my text and
had him dress it up with music. When I heard the result, I was surprised.
It was as if at that moment, through the distance, two different worlds
had briefly shaken hands. It was a warm handshake in a time when
touch was absent. After that, more followed, and somehow it became the work
Sudden War. A sound work consisting of 12+1 autonomous
pieces that can be heard either all together or, like in the context of
Back to Athens 8, in fragments.
It is a work about an unexpected encounter, about a stranger, about a
a powerful connection and a war that suddenly turns everything upside down.
Within us, there is everything. Light and darkness. Strength and weakness. Courage
and fear. Hope and despair.
How much time does each of those keep us captured?

War and Peace Suddenly
…with the end of the age of handshake, of touch, we invent ways of the same
intensity and substance to feel, to understand, to touch
each other. One way that comes naturally to me is
with music; for the first time I tried to accompany poetry, the spoken word with music. In poetry the
the sequence of words creates a vibration. When music is added,
this vibration is intensified and multiplied.
It transforms the bare poem into a new work.
They shake hands.